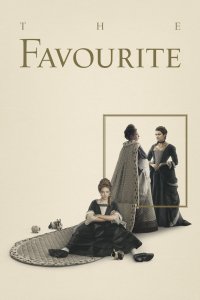 A brilliantly entertaining satirical dramedy! Not your history channel biopic. Yorgos Lanthimos’ The Favourite is a motion picture inspired by the reign of 18th century Queen Anne of England. Even if Lanthimos has not previously won you over with his renown commitment to auteur filmmaking, The Favourite may just be the film to draw you into his penchant for dark dramedies that mock the absurdities of the world in which the story exists. Personally, I did not care for either Lanthimos’ The Lobster or Killing of a Sacred Dear, nor did I like last year’s highly stylized artistic film Phantom Thread directed by Paul Thomas Anderson. However, I truly enjoyed every second of The Favourite. A screenwriter’s dream, this film is built upon one of the year’s (if not THE) best screenplays, and brought to life by an incredible lead and supporting cast. And the degree to which this outstanding film impresses the audiences does not stop there. The costumes, locations, and set design are incredible. Upon watching this film, I was reminded of another worldclass period drama where each scene felt like it was an oil painting. I am talking about Stanley Kubrick’s Barry Lyndon. Never before have I seen a film come so close to delivering the experience that the Kubrick masterpiece did. Another film of note that this one reminds me of is All About Eve. When you’re comparing a film to some of the best films to ever be made, you know that is a good sign. This no-holds-barred dramedy provides audiences with a story about a twisted love triangle within the royal court of Queen Anne that is anything but prim and proper. You will be instantly sucked into just how bizarre and brilliant this film is because of the seductive visuals and razor-sharp wit.

In the early 18th century, England is at war with the French. Nevertheless, duck racing and pineapple eating are thriving. A frail Queen Anne occupies the throne, and her close friend Lady Sarah governs the country in her stead while tending to Anne’s ill health and mercurial temper. When a new servant, Abigail, arrives, her charm endears her to Sarah. Sarah takes Abigail under her wing, and Abigail sees a chance to return to her aristocratic roots. (IMDb)

With so much to love about this film, it is difficult to know precisely where to begin. Visually, this film is stunning. Between the cinematography executed with impeccable precision and the set design lit with a combination of natural lighting and candles, each scene is as if it was a commissioned painting by a Baroque artist. Not quite to the levels of Barry Lyndon but certainly encroaches upon that territory. The use of wide angle and fish eye lenses, the creative use of camera positioning to convey the tone of a scene or a subjective view of a character was masterfully directed. While the palace where we spend most of the time is already immense, the camera makes everything look even larger to convey the relationship between a character and the royal court or the emotion of a scene. Under most circumstances, it’s difficult to pull off a fish eye lens but Lanthimos does so excellently! The unconventional camera placement and angles reflect the emotional beat or warped nature of the scene. While this film is heavy on the dialogue, it is also equally heavy in the visual storytelling. There are moments in the movie that assault the eyes and others that are so hilariously candid that you are glad the camera allows us to get a glimpse into the twisted world of 18th century royal England. More than any other film I’ve seen this year, this one exemplifies the ability for the camera to be an extension of our own eyes to bring us even closer–intimately close–to the narrative.

A screenwriter’s dream! The writing in The Favourite is some of the best that I have seen in a long time. We’ve had many great screenplays this year, but there are usually flaws here and there–something that could have been streamlines, expanded upon, or reworked in order to make better. However, there is literally nothing about this screenplay that I would change. Every scene of a screenplay should begin as close to the end of the scene as possible and every scene needs to point to the realization at the diegetic conclusion. And this screenplay does precisely that. Even the development of the characters can be witnessed through the physical movement and dialogue of the characters. Not that commitment to the guidelines of screenwriting means the screenplay lacks imagination–definitely not. There is plenty of imagination in this story but it delivers every emotional beat, every turning point, every action with a powerful punch. The characters contain multiple layers and each scene reveals something new to add to these multidimensional characters. Sometimes it may be a subtle nuance that we learn about a character or it could be a big reveal that was hinted at earlier in the story. At times, your senses are assaulted with a sequence of actions that are wildly erotic or offensively contemptible. It’s that oscillation between extremes that keeps this drama titillating.

More than a satire on the 18th century British royal court, this film is about the lengths one goes to change one’s life or situation and all the costs associated with that. Screenwriter Tony McNamara worked with Lanthimos to adapt Deborah Davis’ original script into the outstanding script that serves as the foundation for this film. It’s also a grim reminder that you can change your surroundings, title, clothes, and job but you may still be selfish, power-hungry, lonely, and unfulfilled on the inside. Perhaps you think you’ve won one game, but you were completely unaware of all the rules or that you were actually playing a difference game altogether. Perhaps you are trying to rise up in a capitalist company or culture, and when you almost reach the top, you are reminded that you are just a lowly pawn in a greater scheme or plan. So many ways to read this film. There is depth to this film that Phantom Thread did not have (hence why I did not like it). It’s not just pretty to look at and listen to, but there is diegetic depth and dimension to this narrative brought to the screen. One of the most brilliant aspects to the story is how you feel about Abigail, Queen Anne, and Sarah. Because you will definitely change how you feel as the story unfolds. No spoilers, but you will witness a course of events that truly reveal who these characters are, what motivates them, and where allegiances lie. The character whom you think you should be rooting for, may actually be the very one who is the most deceptive of all. It’s been a long time since I’ve heard dialogue that is this vicious and beautiful all at the same time. And yet, nothing ever feels forced, fake, or annoyingly on-the-nose. The subtext of what is being said is rich and intriguing. Not only do these characters do and say some of the very things that we either do or imagine we would do but they execute it with razor sharp precision and in an organic manner. You will see it all and hear it all–that is certain. Be prepared to gasp, laugh, cringe, and more. Never before has cruelty, power, and desire been so delicious.

Yorgos couldn’t have asked for a better cast. The ensemble that makes up The Favourite is stellar. And there is lots of eye candy to go around. Whether we are talking the royal court, parliament, or even the servants, there are lots of pretty guy and gals whom make up this phenomenal cast. Beyond the look of the cast, the talent is breathtakingly good. Delivering figuratively sucker-punches one moment and conveying something seductive through the use of subtlety the next, the breadth of talent on display in this film is remarkable. Heavy dramedies like this one require chemistry levels near perfection. Because it is a character driven story that is supplemented by actions; therefore, it’s imperative that the actors work well together in order to never allow the audience to slip out of the story. Everything about this film works flawlessly.

Now that you’ve watched Bird Box, you need to head to your local cinema to experience one of the most audacious motion pictures of the year. You are certain to be entertained by the witty dialogue, picturesque locations and production design, and magnificent cast. Not your typical Jane Austen-esque period drama; it artistically pushes the envelop and holds nothing back. This film definitely ranks within my Top 10 films of 2018, and look forward to see how well it does at the major award shows coming up.