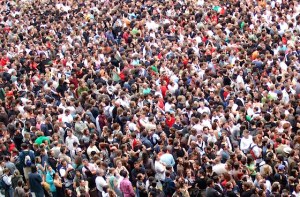 Remember when there were some select weekends each year, like clockwork, that the central Florida theme parks were slow? Yeah, well so do those who run the parks. Over the last few years, there have been a number of new specialty events from A Celebration of Harry Potter to RunDisney, Food & Wine Festivals and more to fill those used-to-be slow weekends. Prior to the addition of many of these events, January and February were typically slow, same with August and September. Even Busch Gardens and SeaWorld have cashed in on eliminating the slow times that locals counted on to enjoy the parks without the bulk of tourists. Fortunately for locals, Super Bowl Sunday (after 3pm anyway), Mothers Day, and Labor Day are still the slowest three days (on average) but that may change in the future too. Moreover, while these events bring in thousands that would otherwise have waited until Springtime, Summer, or the Holidays to visit the parks, these events have a downside too. Think local. The annual passholders that, by in large, provide the regular cash flow that is typically unaffected by the economy, find that it’s getting more and more difficult to enjoy the parks without the constant heavy crowds.

Just a few years ago, there was an ebb and flow to the park attendance. Waves of tourists would come in usually over the Summer months, followed by the holidays at Thanksgiving and Christmastime, then the Spring Break weeks of March and April. When you live, say within an hour or two of the parks, you pick the weekends or weeks (if you work weekends) that don’t fall within those times. Or, perhaps you used to. With the increase in the number of RunDisney events, special celebrations, and festivals, there is far less of an ebb and flow–now it’s constantly busy. If we look at this as a mathematical equation, then perhaps we can develop a solution that not only provides the specialty/seasonal events aimed mostly at tourists but also integrate some local-centric events too. What you do to one side of the equals mark, do to the other side. The yin and yang.

A solution to the increasing issue with locals losing the times that used to be slow could be adding more annual passholder exclusive events. Universal has done this before, but it greatly limited the number of passholders that could take advantage of it, and the slots filled up nearly as quickly as the RunDisney events. An easy event to offer annual passholders at the theme parks to show how much the parks appreciate the dedication (and the money on a regular basis) is a time that the park is closed to day-ticket holders. Even twice a year. And for the parks not to place a cap on the number of annual passholders that could attend. No special musical guests, special merchandise, nor special shows need to be added. Just keep the park operating as normal but close at an early time to day guests, and remain open for six hours for annual passholders.

Disney could close Magic Kingdom to day guests at 7 as it usually does for the other hard ticketed events, Universal Studios and Islands of Adventure could close at 5 as with other events, and Busch Gardens & SeaWorld could close at 6 as they do for special events. Then keep the parks open for the next six hours. Showing appreciation for annual passholders in this fashion will reaffirm to those who are thinking of canceling to renew their passes. Furthermore, it will also compensate for the lack of slow times that used to exist–the times that passholders counted on. Furthermore, passholders of all socio-economic classes could enjoy the exclusive operating hours because many hard ticketed events are out of the price range for those who already spend a large sum of income on passes, food, and the occasional stay-cation at a resort. Moreover, with some parks, there has been a mitigation of passholder appreciation. Overall, Universal, Busch Gardens, and SeaWorld show regular appreciation through events, “bucks” for in-park purchases, BOGO ticket offers, and more; however, there is a selection of parks that feel buttons are an adequate form of appreciation beyond complementary park admission. A’chem.

With the disappearing slow times, if the theme parks show appreciation to passholders by having the parks open only exclusively for passholders–even if just 6hrs on a Friday or Saturday–then passholders would feel that there are still a few times a year (collectively between the parks) that they can enjoy them without the wall-to-wall crowds and 60+ min waits in queue for an attraction.