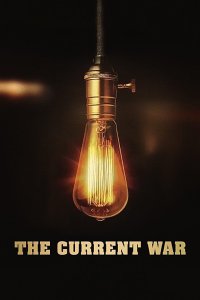 When the History Channel comes to cinemas. Despite what the title and tagline suggests, this movie is not electrifying and unfortunately plays off as forgettable Oscar bait. The only difference between this movie and one that you may catch on The History or Discovery Channels is the A-list cast. For students of history or those whom normally seek out and enjoy historical movies, you will most likely find this story interesting if not fascinating. Perhaps nearly as interesting as the historical background of this movie is the story of this movie’s journey from concept to screen. After the collapse of The Weinstein Company, this movie’s fate to never see the distribution was all but sealed. Enter from stage left Executive Producer Martin Scorsese to save this movie. With the backing of Scorsese, director Alfonso Gomez-Rejon recut the film to that which he originally intended before Harvey has his way with it (and others in Hollywood). While the details of the plot lack anything truly memorable, and the characters are one-dimensional, where this film shines is in the cinematography and editing. All throughout the movie, the camera becomes a character in and of itself, providing audiences with carefully crafted angles and beautiful tracking shots that attempt to draw us into the story on an intimate level with this cast of legendary inventors and businessmen. Perhaps we would be talking cast too had they been given anything to work with. Ultimately, the screenplay is to blame for this steady but low wattage story of one of the greatest chapters in US history.

Thomas Edison (Benedict Cumberbatch) and George Westinghouse (Michael Shannon)– the greatest inventors of the industrial age — engage in a battle of technology and ideas that will determine whose electrical system will power the new century. Backed by J.P. Morgan, Edison dazzles the world by lighting Manhattan. But Westinghouse, aided by Nikola Tesla (Nicholas Hoult), sees fatal flaws in Edison’s direct current design. Westinghouse and Tesla bet everything on risky and dangerous alternating current. (IMDb)

Upon watching this movie, it is clear that screenwriter Michael Mitnick forgot the cardinal rule of composing a well-developed screenplay with visual dimension: dramatize don’t tell (or simply show). Everything needed for a great screenplay is here: two central characters that equally function as the character(s) of opposition, a well-defined external goal (providing the electricity for the Chicago World’s Fair), motivated by an internal need (to prove that he is the best). It’s a relatively simple plot with complex characters–well characters that should have been more complex than they were written to be. Unfortunately, the plot was made complicated by too much technical jargon and felt too “telly” because of the perpetual exposition dumps. Further evidence of the weak screenwriting is witnessed in the lack of character development. What we are left with is a simple (yet dull) plot and simple characters. This would explain why all the elements for a great historical movie are there, but it still feels kind of weird.

As fantastic as the cinematography is, it certainly needed something to work with in order to deliver the luscious imagery we get in this movie. Fortunately, the cinematographer was given gorgeous sets, outstanding costumes, and locations that function as de facto characters. Good thing too, because the cinematographer was not given a script or characters to highlight. The stylistic cinematography provided by Chung-Hoon illuminates the dark with visually stunning choices that exude a strong commitment to visual storytelling. Had Chung been given a visually-driven screenplay, then perhaps we might be talking Oscar noms next year. Performing as strongly as the cinematography is the editing. If you like the way Broadway movies are edited, then you will enjoy the editing techniques employed to cut together this story. Just as this is a movie about inventors (of either inventions or clever ways of acquiring patents), the editing feels highly inventive for this style of movie. Whereas the screenplay feels very History Channel, the editing is fresh, sharp, and never feels dull (unlike the story itself).

Personally, what I found most interesting was the Edison story. Not because he was my favorite character, quite the contrary. After all, Edison comes off as the Ray Kroc of electricity. Why I was particularly interested in his story is because I’ve had the opportunity to visit the Ford and Edison Winter Estates in Fort Myers, Florida. For example, I’ve seen that same lightbulb map at the museum as well as one of his laboratories. Having visited his winter nome (which functioned as his supplementary research lab), I could literally place myself in his world. One of the labs that used to exist on the property has since been relocated to Henry Ford’s Greenfield Village, which is home to many historical houses and buildings that have been relocated from their original standing place to the living museum. After the movie has provided me with the inside story on Edison, next time I visit his Winter Estate, I will view it with new eyes. If you have the opportunity to visit Greenfield Village or the Ford and Edison Winter Estates, I highly encourage you to take your time to walk through the history of two of the greatest minds that transitioned us into the modern era though ingenuity and determination.