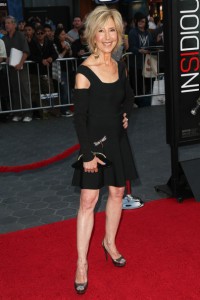 Both Insidious and The Commuter are gems in the graveyard that is typically true “January” release films. I say true because films like The Shape of Water, I Tonya, and The Post are wide-released in January but were originally released on a limited run during the Holidays in order to qualify for The Oscars. For those who follow cinema closely, it’s no surprise that months like January and September are typically referred to as movie graveyard because that is ordinarily where movies go to die that cannot stand up to Spring, Summer, Fall, or Holiday release times. However, the last couple of years have seen some very strong films in January/February. Last year’s examples are Get Out, Logan, and A Cure for Wellness. Last week’s Insidious: the Last Key and this week’s The Commuter are very much paint-by-the-numbers horror/action films respectively; but the cast–in particular, the leads–makes these films fun and even exciting to watch. From background actress to leading horror queen, Lin Shaye truly makes the Insidious films ones to be experienced on the big screen. Her flair for paranormal/supernatural films is uncanny, and take mediocre horror movies and transform them into movies you don’t want to wait until it comes to VOD. Likewise, Liam Neeson wowed audiences with his trademark character with a “particular set of skills” in the Taken movies, and has since played similar characters in other films. When you see his name, you expect that character-type and often times you get it! The Commuter may be a cliche action-thriller, but Neeson makes the film one that is a non-stop ride, one you don’t’ wanna miss when it leaves the station. 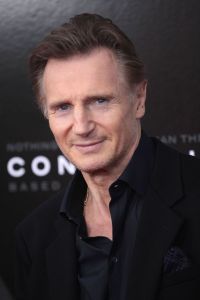 But why do both Shaye and Neeson draw the audiences the way they do? By all accounts, movies like the Insidious and Taken franchises or some iteration of the aforementioned are filled with horror and action tropes that seldom provide a truly new experience for audiences. However, their movies generally do very well at the box office and are consistently thrilling to watch. Placing Neeson in an action thriller or Shaye in a supernatural horror is essentially a guaranteed box office success for audiences and investors. In a manner of speaking, what we are dealing with here are legitimate movie stars. Truth be told, 21st-century cinema does not see movie stars in the same way that the early and mid 20th century did. In early days of cinema, films were built on the back of the studio system stars. It was a Betty Hutton film, a Humphrey Bogart movie, a William Holden picture, a Bette Davis film, etc. I’d argue that Tom Cruise is the closest to a contemporary era movie star in the traditional sense that we have. But by extension, you can apply the same attributes to Liam Neeson and  Lin Shaye by the cache that they bring to their films–they are a box office draw. Just their respective names are enough to invigorate audiences and generate ticket sales. At the end of the day, that’s when you know you have a true movie star. The name alone is enough to excite audiences and drive ticket sales.

Both actors are equally talented in their respective ways. The level of talent, entertainment, and thrill is consistent. You are never disappointed in their performances. If you remove/replace either of them in Insidious: the Last Key or The Commuter, the movies would likely not play out nearly half as well as they presently do. I’m not knocking the writing, directing, scores, editing, or cinematography, I am stating that the films are nothing remarkable in and of themselves; however, Shaye and Neeson bring a powerful screen presence with them that take the mediocre horror and action films to transform them into a cinematic experience that is incredibly enjoyable.