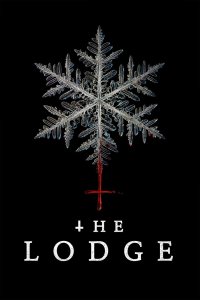 Immersive and utterly terrifying! After a dismal start to 2020 horror, The Lodge redeems the genre in a nightmarishly masterful story that will haunt you long after you leave the cinema. And you know you are in store for a wild ride with the Hammer Films logo at the beginning! This film’s ominous feeling of dread isn’t the result of any violence or gore, but in just how uncomfortable you will feel in virtually every scene thanks to the brilliant atmosphere crafted by  directors Veronika Franz and Severin Fiala along with their cinematographer Thimios Bakatakis and the haunting score by Danny Bensi and Saunder Jurriaans. With all the “hands in the pot,” so to speak, one might think that the soup might get spoiled as the old maxim suggests–not so. All the technical elements work together seamlessly to bring this story of the far-reaching effects of trauma, guilt, and isolation to life when one loses a parent. While Wes Craven’s horror masterpiece Scream still ranks the highest for me in terms of the most shocking and effective openings of all time, in not only horror, but in cinema period, the opening of The Lodge culminates in something big and scaring! And it’s that moment that sets our cast of characters on a journey that will test the limits of their sanity. The exploration of the limits of sanity through the lenses of loss and trauma is visualized in a very Shining manner, with influences from Hereditary as well. Both of these films clearly influenced the feeling and look of this film. Thankfully, these influences never take the focus away from The Lodge‘s original story. The American horror film is the best genre for forcing us to face our most primal fears and those that are created by traumatic experiences in our past. Ghosts of the past have a way of never truly going away.

During a family retreat to a remote winter cabin over the holidays, a father (Richard Armitage) is forced to abruptly depart for work, leaving his Aiden (Jaeden Martell) and Mia (Lia McHugh), his two children, in the care of his new girlfriend Grace (Riley Keough). Isolated and alone, a blizzard traps them inside the lodge as terrifying events summon specters from Grace’s dark past (IMDb).

The production design and cinematography are truly standout technical elements in this incredibly uneasy experience. If you were to combine the lines and angles of The Shining with the mood and camera movement of Hereditary, then the product would be the aesthetic of The Lodge. I absolutely love the wide shots accentuating the high ceilings, creatively breaking the “rule of thirds,” and closeups of the miniature cabin and figurines. By blocking the scenes so that the architectural and interior design lines of the house frame out the characters and locations, our focus is naturally drawn to a particular element in the scene that the camera often lingers on as unsettling music plays. Those lingering moments contribute to the rising tension and create a hyperawareness that assaults our very senses. I love how the feeling of claustrophobia is crafted out of the large houses and wide sweeping landscape of the mountain retreat. So much attention was paid to the stylistic approach to realizing this story for the screen. You could remove all the dialogue, and understand everything that is happening, and exhibit the emotional reaction that the writers and directors intended. That is the mark of superb visual storytelling.

Catholic iconography adorns many of the walls of the the family’s main house as well as the isolated vacation lodge. We spend most of our time in the lodge, but the houses at the beginning of the film also contain much of the same decor. Without need of exposition through dialogue, the various iconography paints an image of a Catholic family that has been split. Tho, we are never given the details of the separation between the father and the mother of his children (played by Alicia Silverstone), infidelity is hinted at because of the father’s girlfriend that he is planning to marry even before his divorce is finalized. It’s this urge to hasten the divorce that nullifies any hope of reconciliation between Richard (the father) and Laura (the first wife), and ultimately drives Laura to respond in a–how should I say–rash and irreversible manner that is seen as the unpardonable sin by the Catholic church. Her decision is like a rock tossed in a still, glass-like pond that is the catalyst for ripples that radiate for hundreds of yards. It’s no secret that divorce is also highly frowned upon by the Catholic church, so the domestic struggles and the fallout therein creates strife within the minds of the family. A disconnect, if you will, between what they believe and what they are experiencing. Interestingly, suicide is never referred to as an unpardonable sin in the Bible, nor is any one sin greater than another. But Jaeden and Mia suffer from the misleading interpretation many leaders in the Catholic church preach to their congregations. The symptoms of trauma exhibited by Aiden and Mia stem from the void that the loss of a parent and the disruption of life often causes. So, the decorations in the houses serve as a contrast to what is going on. And in more ways than one.

The soon to be fiance Grace is left to care for the two children at the family lodge after Richard has to return to the city for work. And she arrives with a lot of religious baggage of her own caused by a destructive cult masquerading around as a form of Christianity that she “escaped” when she was a child. The religious iconography in the lodge ignites a constant barrage of flashbacks to the psychological abuse during her childhood by her father, the leader of the cult that warped the Bible and belief therein for sadistic purposes. These masochistic and sadistic practices included misinterpreting the Bible in such a way that her father engaged in guilting and forcing people into experiencing physical pain and mental anguish over sin in order to be forgiven. Talk about trauma on the mind and soul. In addition to the emotional baggage of her past, Grace is also dealing with the hatred of the children directed towards her in rather sadistic fashion because they blame her for the divorce that led to the sudden death of their mother. We are often predisposed to thinking of step mothers as villains, thanks to Cinderella. But in this case, the tables are turned for much of the film. To talk about just why this is, would get into spoiler territory, and it’s best to go into this movie as blind as possible.

You will be in a suspended state of unease and high tension the entire time. Just when the tension releases, another moment drives it back up again. The horror of this film does not come from the raw imagery but from the psychological games on display that suck you in to vicariously experience the utterly terrifying, mentally scaring conflict displayed on screen. The Lodge is highly disturbing and will continue to haunt you long after the credits role.