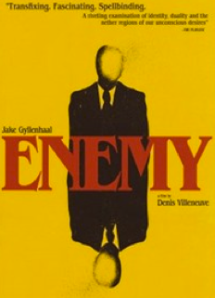 The films opens with the phrase “chaos is order as yet undeciphered.” An accurate message to state at the beginning of this film as it lives up to it in spades. It’s artistic, splendidly undeciphered, and full of meaning…I’m just not sure entirely sure what that meaning is. In a psychological thriller, there are often elements that are not explained up front…but isn’t that what makes something suspenseful…the anticipation of what is to come or what the meaning behind something is? The problem with this film is that very little, if anything, is ever explained. The denouement is lacking and leaves the audience wondering “what the (you fill in the explicative).” There is lots of conflict; and any film student worth their weight in salt will can tell you that no well-written story exists without conflict. However, along with the conflict, there needs to be resolution. And, that absence in this film leaves a big gaping hole at the close of the narrative. It is almost as if the movie continues long into the ending credits, but we do not have the opportunity to view it.

The movie opens with a Kubrick style scene that could’ve come straight our of “Eyes Wide Shut” featuring an erotic dancer and a spider. Yes, a spider. This same spider follows the plot and Adam throughout the entire narrative–again, never explained. “Enemy” is the type of film, like a brilliantly orchestrated train wreck, that you can’t take your eyes off of, largely in part to Gyllenhaal’s performances as both men. Both men are the same, yet different. Nearly resembling an avant-garde film from the 1920s, director Denis Villeneuve keeps the film in hues of yellow and black, with dialogue sparsely thrown in. In fact, one could remove the dialog completely and be left with the same final product.

One aspect to developing a visual narrative that “Enemy” does right is engage the open-minded audience members to ponder and theorize explanations long after the film is over. If you are up to an intellectual challenge and enjoy a movie that causes you to think, this movie may be one for you; however, it is not a film for everyone, including the casual movie patron. Perhaps the movie achieved its goal after all: appealing to the artistic and intellectual movie connoisseur.